Early Dutch master Hieronymous Bosch’s triptych, “The Garden of Earthly Delights” (c. 1490-1510), spans the Garden of Eden, scenes of an idyllic Utopia, and the torment of the damned. Scholars debate whether the entire painting is meant to depict the fall from grace of Man, or a moral warning of a fated afterlife for the corrupt. 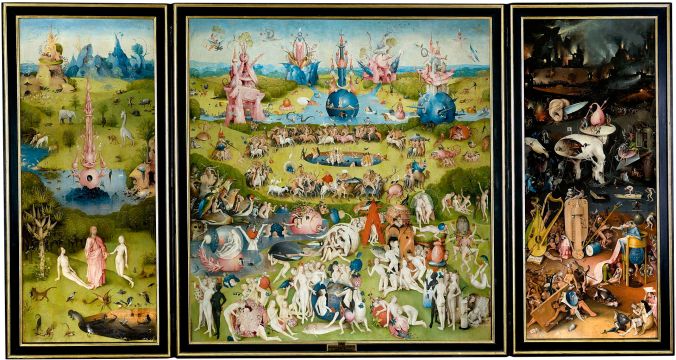 Two panels  – the despairing “Hell,” and “Ascent of the Blessed,” featuring a journey through a tunnel towards a brilliant light – from a late 15th century painting by Hieronymus Bosch at the Palazzo Ducale, Venice.

Corregio Assumption of the Virgin Duomo of Parma

John Milton Pandemonium (See other works from him)